Abstract: This talk will present the journey of Florida Power & Light (FP&L) to become one of the most resilient and intelligent electrical power utilities in the nation. The presentation will describe the fascinating transformation of FP&L from the early days of smart meters, to FPL’s massive Energy Smart Florida program, to distribution automation and the self-healing grid, to smart street lights and sensors, to mobile solutions, and to predictive data analytics, all driven by innovation, technology, and flawless execution.
The talk will focus on the vision and action plan for FP&, to grow its smart grid infrastructure with the needs of the State of Florida for highly reliable, low cost electricity.   By expanding FP&L’s digital footprint, enabling the work force of the future and transforming data into actionable information are key anchor points for successfully attaining this vision, with a relentless focus on continuous process and customer experience improvement.

Biographical Sketch: Dave Herlong is the Director of Smart Grid & Innovation at Florida Power & Light Company (FPL). He is responsible for creating value from our Smart Grid investments, data and devices in our Power Delivery organization. Mr. Herlong has held this position since April 2015.

Mr. Herlong earned his Bachelor of Science in Industrial & Systems Engineering from the University of Florida in 1995. He is a graduate of the United States Marine Corps Officer Candidate School, in Quantico, Virginia, and is a certified Six Sigma quality black belt.

Florida Power & Light Company is the largest rate-regulated electric utility in Florida and serves the third-largest number of customers of any electric utility in the United States. FPL serves approximately 4.7 million customer accounts and is a leading Florida employer with approximately 8,900 employees as of year-end 2013. FPL’s typical 1,000-kWh residential bill is the lowest among reporting electric utilities in Florida as of year-end 2013, and based on data available in July 2013, is about 28 percent below the national average. A clean energy leader, FPL has one of the lowest emissions profiles and one of the leading energy efficiency programs among utilities nationwide. FPL delivered better than 99.98 percent service reliability as of year-end 2014. FPL has earned the national ServiceOne Award for outstanding customer service for an unprecedented 10 consecutive years. FPL is a subsidiary of Juno Beach, Fla.-based NextEra Energy, Inc. (NYSE: NEE). For more information, visit www.FPL.com. 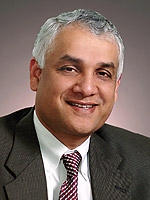 Abstract: Electric power systems are expected to undergo major changes in the coming decades. These changes are made possible by advances in cyber-physical systems, communications, computation and controls. On the other hand, renewable electricity, distributed generation, flexible loads, demand response, and cybersecurity are some of the key drivers for the ongoing changes. In this talk, I will present a perspective on the research opportunities from my perspective at the National Science Foundation. I will begin by describing the NSF engineering directorate and give an overview of the energy research enabled by NSF. I will focus the remainder of the talk on specific directions in electric grid research supported by the NSF. I will conclude with a discussion of the challenges that lie ahead and where promising opportunities may lie.


Biographical Sketch: Dr. Pramod P. Khargonekar was appointed by the National Science Foundation (NSF) to serve as Assistant Director for the Directorate of Engineering (ENG) in March 2013. In this position, Khargonekar leads the ENG Directorate with an annual budget of more than $890 million. The ENG Directorate invests in frontier engineering research and education, cultivates an innovation ecosystem, and develops the next-generation of engineers. He is a member of the senior leadership team at NSF and thereby involved in setting priorities and policies at NSF.

Khargonekar’s research and teaching interests are centered on theory and applications of systems and control. His early work was on mathematical control theory, specifically focusing on robust control analysis and design. During the 1990’s, he was involved in a major multidisciplinary project on applications of control and estimation techniques to semiconductor manufacturing. His current research and teaching interests include systems and control theory, machine learning, and applications to smart electric grid and neural engineering. He has authored more than 140 refereed journal publications and 150 conference publications. He has supervised 35 doctoral students. He has been recognized as a Web of Science Highly Cited Researcher. He is a recipient of the NSF Presidential Young Investigator Award, the American Automatic Control Council’s Donald Eckman Award, the Japan Society for Promotion of Science fellowships, the IEEE W. R. G. Baker Prize Award, the IEEE CSS George Axelby Best Paper Award, the Hugo Schuck ACC Best Paper Award, and the Distinguished Alumnus and Distinguished Service Awards from the Indian Institute of Technology, Bombay. He is a Fellow of IEEE and IFAC. At the University of Michigan, he received the Arthur F. Thurnau Professorship. In the past, he has served as Associate Editor for IEEE Transactions on Automatic Control, SIAM Journal of Control, Systems and Control Letters, and International J. of Robust and Nonlinear Control. 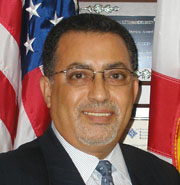 Abstract: The increased penetration levels of renewables and distributed energy resources lead to increased challenges in maintaining reliable control and operation of the grid. Integrating a wide variety of systems governed by different regulations and owned by different entities to the grid increases the level of uncertainty not only on the demand side but also in terms of generation resource availability. This complicates the process of achieving generation versus demand balance. Renewable energy sources vary by nature and require intelligent forecasting and prediction systems to determine how and when this energy can be used. Controlling distributed resources that owned by customers which have enough capacity to support the grid during peak hours and provide ancillary service, is another challenge. Most of these distributed resources will be installed on the distribution network, which already in its current state, lacks the proper communication and control network necessary to control the applicable resources. Moreover, the large number and widespread use of these resources makes them difficult to control from a central location.

To overcome these problems, deep integration between intelligent measurement nodes, communication systems, IT technology, artificial intelligence, power electronics and physical power system components will be implemented to manage the modern smart grid resources. On one hand, this type of integration can dramatically improve grid performance and efficiency, but on the other, it can also introduce new types of vulnerability. The risk of vulnerability escalates when the level of integration between physical and cyber components of the power system increases. The design and optimization of such complex systems requires coordination between the cyber and physical components in order to obtain the best performance while minimizing the risk of vulnerability. In other words, the physical power system must be designed as a security-aware system.


Biographical Sketch: Dr. Mohammed is a Professor of Electrical Engineering and is the Director of the Energy Systems Research Laboratory at Florida International University, Miami, Florida. He received his Master and Doctoral degrees in Electrical Engineering from Virginia Tech in 1981 and 1983, respectively. He has performed research on various topics in power and energy systems in addition to computational electromagnetics and design optimization in electric machines, electric drive systems and other low frequency environments. He performed multiple research projects for several Federal agencies since 1990’s dealing with; power system analysis, physics based modeling, electromagnetic signature, sensorless control, electric machinery, high frequency switching, electromagnetic Interference and ship power systems modeling and analysis. Professor Mohammed has currently active research programs in a number of these areas funded by DoD, the US Department of Energy and several industries on smart grid and energy cyber physical systems.
Professor Mohammed is a world renowned leader in electrical energy systems, intelligent systems and optimization. He has published more than 400 articles in refereed journals and other IEEE refereed International conference records. He also authored a book and several book chapters. Professor Mohammed is an elected Fellow of IEEE and is an elected Fellow of the Applied Computational Electromagnetic Society. Professor Mohammed is the recipient of the prestigious IEEE Power and Energy Society Cyril Veinott electromechanical energy conversion award and the 2012 outstanding research award from Florida International University.
Professor Mohammed has lectured extensively with invited and plenary talks at major research and industrial organizations worldwide. He serves as editor of several IEEE Transactions including the IEEE Transactions on Energy Conversion, the IEEE Transactions on Smart Grid, IEEE Power Engineering Letters. Professor Mohammed served as general chair for 7 major international conferences and has served on the IEEE/Power Engineering Society Governing Board (1992-1996) and was the Chairman of the IEEE Power Engineering Society Constitution and Bylaws committee.